If you want to become a video game developer then you should have knowledge of programming languages, software, and 3D modelling programs. One most important thing is the ability to work many hours seated and looking at a computer monitor. These two things help you to become the best Video developer. He has decided to help you I this, so we are proving the best Video game development software.

Best Video Game Development Software to Make Your Own Game.

Unity has added a lot of new features for graphics, Audio etc. It also provides many new updates including best User Interface tools. It also creates an intuitive design system for 2D and 3D. If you’re not a beginner now and already have some experience or programming knowledge, then Unity helps you do your work perfectly. The Unity supports drag and drops functionality and scripting through C#. The Unity targets the following graphics APIs: Direct3D on Windows and Xbox One, OpenGL on Linux, macOS, and Windows, OpenGL ES on Android and iOS, WebGL on the web, and proprietary APIs on the video game consoles.

The Godot is an another best 2D and 3D cross-platform open source best video game developer software. Where you can create the games for many platforms such as for iOS, Android, BlackBerry, Windows, OS X, Linux, *BSD, Haiku, and HTML5. It allows video game develops to create the game from scratch needing no other tools beyond those used for content creation (art assets, music etc.). It has many other features such as Performance analysis graphs, Light baking, Multithreading, Plugins system, Render targets etc. 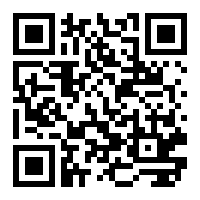 The CRYENGINE is developed by a German game developer Crytek. The updated version of this video game developer software include the physically-based shading, geometry cache and
Image-based lighting. They have much more other features including native DirectX 12, Vulkan and virtual reality (VR) support. The CryEngine software development kit (SDK) is provided within the software facilitate of scripting, animation, and object creation. There are many amazing games developed with this Video game development software including RPG games.

The Unreal Engine is one of the best video game development game engine, which developed by Epic Games. In 1998 it develops first-person shooter game Unreal. It also available on GitHub with C++ source codes. Epic released of Unreal Engine 4 to schools and universities for free, including personal copies for students enrolled in accredited video game development, computer science, art, architecture, simulation, and visualization programs.

Construct 3 is a best and powerful groundbreaking HTML5 game creator and, It designed specifically for 2D games. The Construct 2 is most popular among the video game developers because it’s many features are available for free. The construct editor can be used in Chrome on Windows, Mac, Linux, Chrome OS, and even Android. You can Create games for HTML5, Steam, iOS, Android, Windows, Windows UWP, XBox, Mac, etc. You can also go for the games demos and start a project from here. 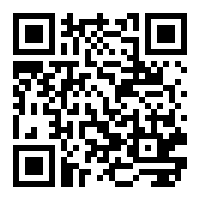 Read More:- How to Play Android Games on PC

GameMaker house is the creation of cross-platform and multi-genre video games With drag and drops action cycle or a sandboxed scripting language which was known as Game Maker Language. The GameMaker is primarily running games that use 2D graphics but you can use 3D graphics in limitation. It allows their users to easily develop video games without having to learn a complex programming language such as C++ or Java. As you can that this video game development program builds games for many platforms.

The application which proudly built on Google Cloud Platform, Microsoft Asure and Amazon web services. If you are looking for the full range of multiplayer game developer platforms then for it. Easy to Design custom control panels for each role within your team, with any combination of information and controls.Top class support, plus tools such as test harness, versioning & publishing workflows, and roles & access control with easy players management.

Havok Vision Game Engine is a best cross-platform 3D video game development software. It is also known as Vision which is developed by Havok. There are many game developer companies which use this application for developing the games. Despite Gameloft is using this video game development software. The Vision Engine is currently available for Microsoft Windows, Xbox 360, PlayStation 3, Nintendo Wii and Wii U, iOS, Android, PlayStation Vita. Even it’s available for many popular browsers such as IE6 and up, Mozilla, Opera, & Chrome.